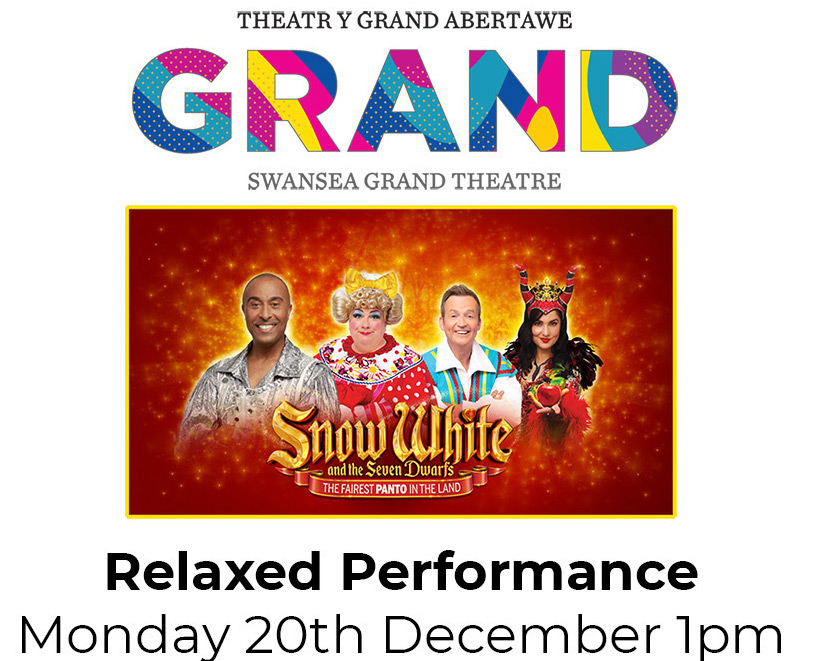 It’s nearly panto season! Oh no, it isn’t! Oh yes it is! Finally!

This year you can catch Snow White and the Seven Dwarfs in Swansea Grand Theatre from December. The line up includes legend Olympian Colin Jackson as The man in the Mirror, Swansea panto legend Kev Johns as Cook, BGT’s Jon Clegg playing Muddles, and the brilliant bad apple, Zoe George, playing the Wicked Queen.

Swansea Grand Theatre have a Relaxed Performance of Snow White on Monday December 20th at 1pm. Tickets are at a reduced rate of £11 and they are offering refunds up until the last minute if things don’t go to plan.

During Relaxed Performances, loud sounds in the performance will be toned down, the lights will be kept on low and there is a quiet area away from the auditorium which can be accessed if needed. The other accessible performances are Audio Described on the 15th of December at 2pm and British Sign Language at 2pm on the 14th December and 7pm on the 16th December.

For more information contact Melanie Baker via email Swansea.grandmarketing@swansea.gov.uk or by calling 01792 478516

To book tickets go to https://www.swanseagrand.co.uk/article/6523/Snow-White-And-The-Seven-Dwarfs 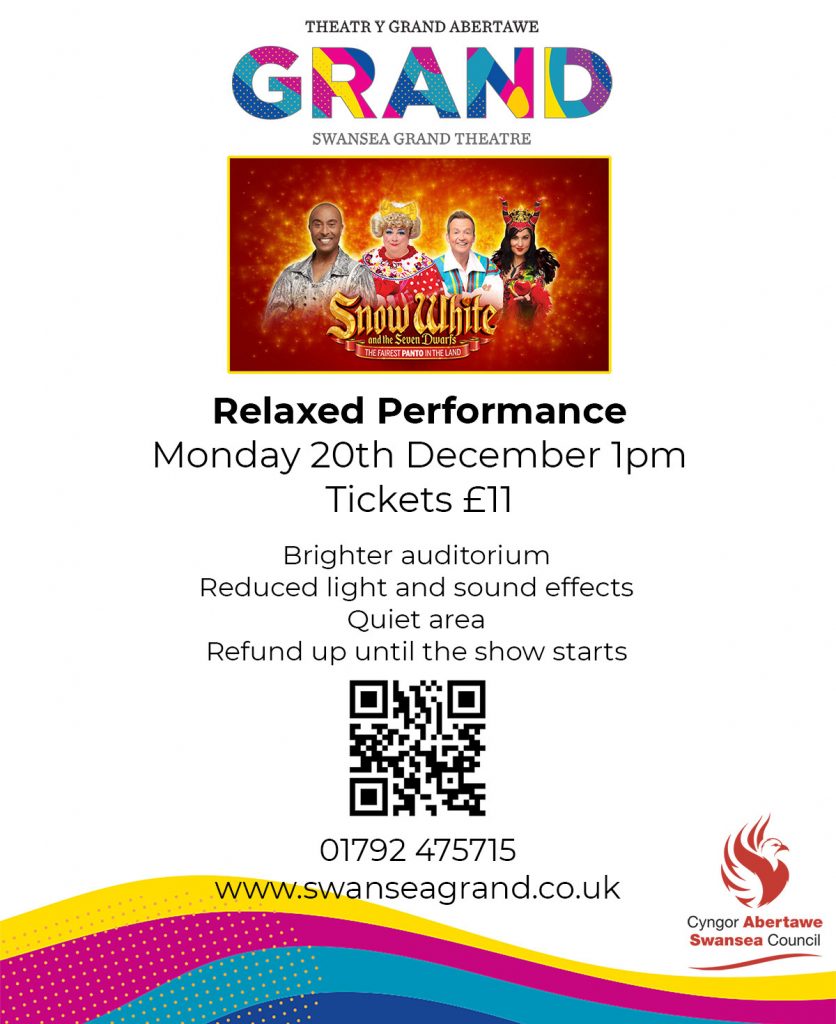 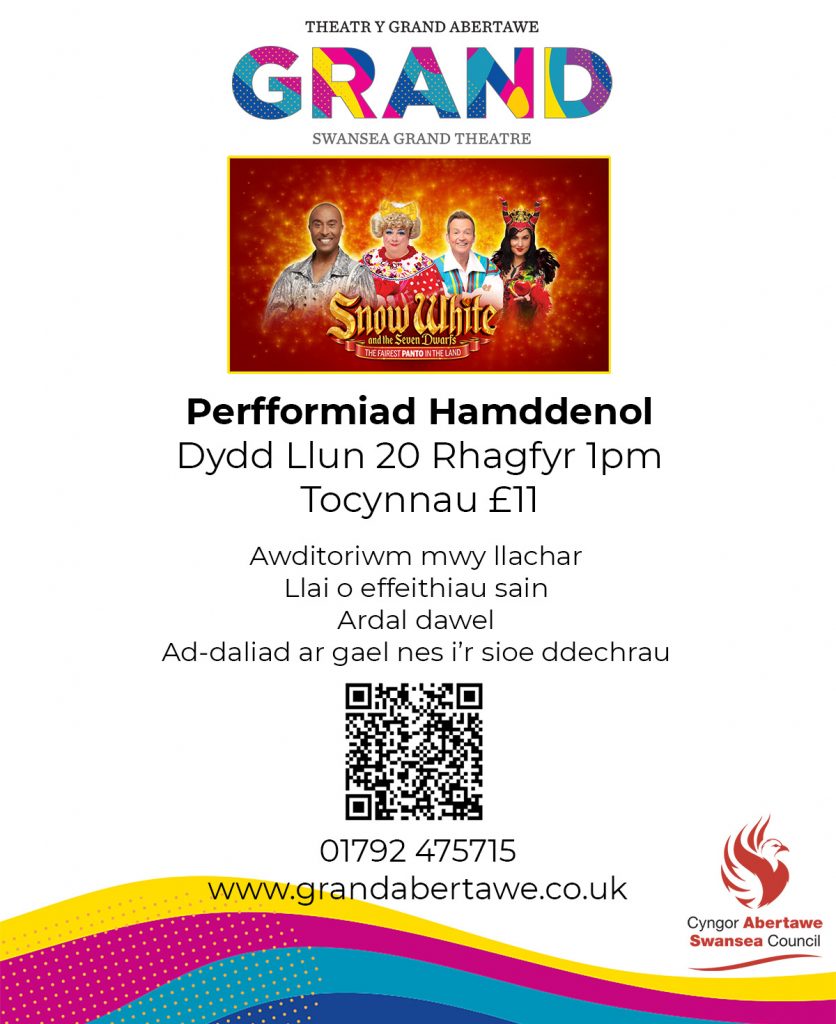